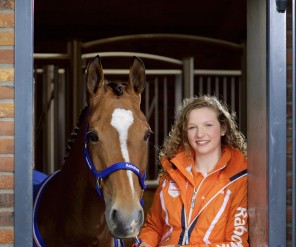 The suspension of half a year, which show jumper Sanne Thijssen received from the FEI last week, has been lifted with immediate effect. However, the involvement of equine lawyer, Luc Schelstraete, was necessary.

The suspension was lifted after that Matthew O’Donell, the veterinarian who euthanized Sanne´s horse, Sara Galotière, in Liverpool, now declared that he used ketamine to anesthetize the mare before euthanizing her.

“We are shocked that this has not been clarified earlier”, says Mr. Schelstraete. “This has of course caused a lot of turmoil and misunderstanding, but also damage.”

It is very common that ketamine is given by euthanasia to calm and anesthetize the horse before a lethal substance is injected. Initially, the veterinarian in question stated that he had not given ketamine, but he has now admitted in a statement to the FEI that he did indeed use the substance.

The FEI automatically suspends the rider allegedly involved in doping and use of banned substances.