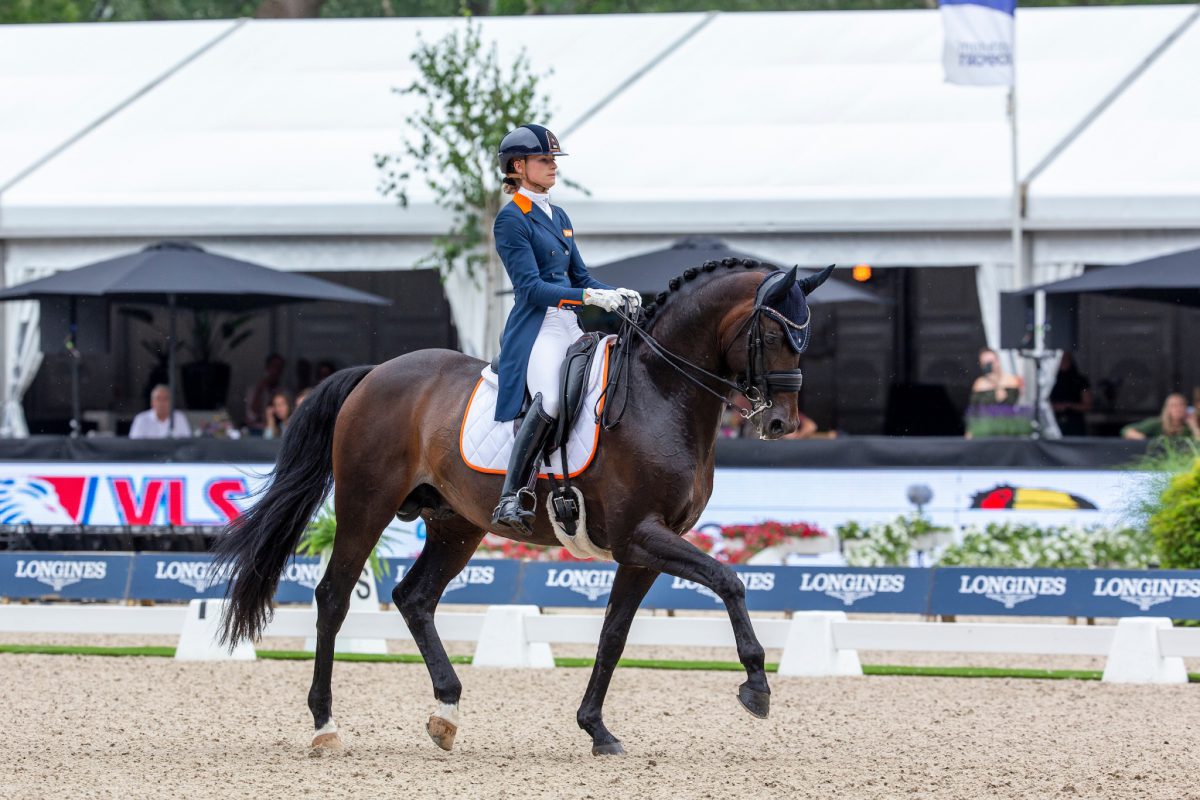 Just imagine. As an athlete you have a good chance to go to the Olympics, but because of an administrative error by someone else you may miss it. It happened to dressage rider Dinja van Liere.

When handing in the paperwork for ‘Tokyo’, it appeared one and a half week ago that the owner of her horse Hermès was registered as a German at the international equestrian federation FEI. The FEI has admitted to sister organisation KNHS that a mistake was made when digitising their own administration. But, according to the federation, Van Liere and the KNHS should have checked whether Hermès had Dutch nationality. The responsibility lies with them.

According to Joop van Uytert, the owner of Hermès, the mistake was made because he owned a horse together with the German horse breeder Paul Schockemöhle: Diarado. When Schockemöhle introduced his hometown Steinfeld into the new FEI system, he was carried along in his slipstream. “I never gave the order to change my place of residence,” says Van Uytert, who compares the course of events with the Dutch benefits affair, in which parents were wrongly accused of fraud by the tax authorities and were only proven right years later. “Actually, what happened is impossible, but it happened anyway,” he says.

Because the FEI did not want to cooperate with an emergency procedure to correct its own mistake and allow Van Liere to participate in the Games, KNHS asked the sports tribunal CAS for a so-called interim provision. The ruling requests that Hermès be temporarily renamed a Dutch horse and that the case be heard before mid-July, when the horses are put on a plane to Tokyo. Hermès would then go into quarantine until the ruling.

Should the KNHS fail in their appeal – and that will become clear on Monday morning – the federation and Van Uytert can take further steps through the civil courts or CAS. According to Luc Schelstraete, Van Uytert’s lawyer, the latter is certainly possible, because if Hermès does not compete in Tokyo due to an administrative error, not only the entire dressage team will suffer, but also his client. Hermès is a breeding stallion. The ‘higher’ ranked he is, the greater the interest in his semen. According to Schelstraete, going to court is a long and complicated process. “But we think the CAS should correct.”

Iris Boelhouwer, director of top sport at the KNHS, does not exclude that the federation joins Schelstraete in a follow-up procedure, should the CAS come up with a disappointing decision on Monday. She has been ‘foaming at the mouth’ the past few days about the state of affairs. According to her, the FEI is reacting out of fear, because the association is afraid of setting a precedent. “In the past they have rejected many cases. What if they all have to be reviewed later on?”

The financial consequences of the administrative error could be huge for Hermès’ owner, but the primary focus now is on Van Liere, who according to national dressage coach Alex van Silfhout has made ‘super progress’ recently. He will announce his selection for Tokyo early this week, after the CAS decision, but hinted that Van Liere had a great chance to go to Tokyo as number three, along with Edward Gal and Hans Peter Minderhoud. “By something silly her Olympic dream could be wiped out,” he said. “It’s unimaginable that the FEI is more concerned about the rules than what this issue is doing to the sport.”